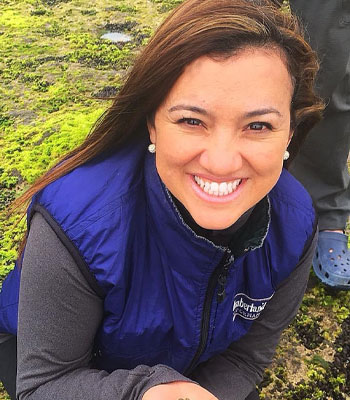 Gaby grew up in Santa Barbara, a beautiful district north of the city of Flores in Costa Rica’s Heredia province. Her family is a pillar in her life and has been the foundation of who she is today. Since she was a young girl, Gaby has been interested in social sciences. She has worked with several service and media communication companies in human relations and has continued to learn and develop professionally in this field. In 2005, she graduated with degrees in Human Relations and Economic and Social Planning from the National University. In 2008, she began working with Herencia Verde, which she says has changed her life.